Growing up in the mountain town of Rossland, BC, the mining-hub-turned-skiing-mecca, Barrie Mowatt started out a far cry from the world-class art collector he would become. “Music was the only principal creative outlet in my family,” he recalls. “Everybody played an instrument, my father had a great singing voice, and mom wasn’t bad either. Other art forms, though, were just kind of non-existent.” Despite this, or maybe because of it, Barrie grew to treasure visual art and made a life out of ensuring others could do the same, in their personal collections, or simply out the window on their way to work.

Barrie’s life in collecting began early when an offer arrived in the mail from MacLeans magazine: a new subscription would come with a portfolio of prints by Dutch-Canadian painter Cornelius Krieghoff. Enamored by the romantic, wintery scenes of Canadian life in the outdoors, Barrie begged his father to subscribe.

“Maybe it was the style of painting, maybe it was the stories in them that I could relate to,” Barrie says of those pictures that would become his very first pieces. “There was something about the explorer idea you see so often in his paintings, that curiosity. In some degree, I became that adventurer in my 20s when I hitchhiked across the country three or four times – much to the great anxiety of my mother.”

Those travels would eventually see him to Georgian Bay and the Great Lakes, land immortalized by the Group of 7, where he fell harder for paintings that grounded him in his Canadian identity. So much so that he convinced A.Y. Jackson to sell him a painting on a promise of twenty-five dollars a month – no mean feat for a hitchhiking university student – and a glimpse into the kinds of relationships he would come to forge with artists as an advocate and a connector.

“As I became a collector, I was always enthusiastic about anyone who showed an interest in wanting to acquire something,” Barrie says. “And if I could help them afford to do that, that was the fun part.”

So when in 1978, Barrie met a young man named Don Buschlen, the two of them would take their shared passion for art and art education and come to redefine the gallery experience in Vancouver. What began as informal gatherings in their living room with friends to show and talk about “the art that we were storing under our bed” became the Buschlen Mowatt Gallery that opened in 1987 as a way to not only expose the city to more international art – of which Barrie and Don saw a need – but to do so in a way that was for everyone, not just the elite collectors in the city.

“We wanted to connect with people and be open and friendly and as accessible as possible,’” Barrie says, largely in defiance of the arrogance they experienced all too often in galleries around town. “It was all about education and sharing what we liked so that when you came into our gallery it was like you were walking into our home. We wanted to be good hosts.”

Their approach made them a bit of an outsider as the city warmed to a more global perspective on art, and that was just the way they would have it. By the time it closed in 2011, Bushlen Mowatt was one of the most recognizable and progressive spaces in the city: open seven days a week, mixing big price tags with entry-level works, and hosting fundraising events for charities founded by Mowatt, such as Taste the Nation and Celebration of Hope, which are still going strong today.

Now, Barrie has taken that “outsider” tag to heart and founded the Vancouver Biennale, an organization that has almost single-handedly transformed the nature of public art in the city. Just as it was inside his gallery, the objective is firm: to make great art accessible. By bringing international artists to the city and putting them in public spaces, Barrie hopes to create an opportunity for people who might not have had a chance to visit major museums to enjoy the work, and maybe learn a little more about their own world.

“As public art evolves, we’re seeing more works that contain meaning beyond just being a physical intervention in a space,” Barrie says. “It’s about social commentary and change, statements about the environment, our politics and freedoms, race and gender. And when it’s in a public space, it provides a level of acceptance to engage.”

One of the Biennale’s latest projects is creating an arts and culture district in the Mount Pleasant neighbourhood where its big yellow offices are located – and where they house up to four artist residencies at any given time. All in an attempt to cement the creative industry as a vital part of society. “Culture and art play a huge role in civilizing a community and making it more livable,” Barrie believes. “So it’s important to protect the spaces that exist and open more doors for new spaces to exist.”

The Biennale space itself does double duty, housing its administration as well as artist residencies for four international artists at a time brought to Vancouver – usually their first time in North America, and quite often from countries where their voice is more than limited – to select a public site and create something specifically for that space. “That’s the one thing that hasn’t changed in my life,” Barrie says. “Providing opportunity for and supporting excellence.”

Once upon a time, art cast its spell over Barrie’s life for good. He’s since spent that life working so that others might discover some of that magic for themselves.

格物 Investigation of Things at the Dr. Sun...

Out of Concealment – Female Supernatural Beings of...

The Bill Reid Gallery Set To Celebrate the...

Wonderful Barrie, handsome and brilliant as ever, look at you go! So much love to you.

Well Done Barrie, Thank you to opening the world of art to so many!

Great to see somebody who “really cares” about art and public art in general… but what about taking a ride through the youth (18-30) making art in Vancouver and show those you like or find interesting or original or different… and callt New Generation New Art . Vancouver young artists really lacks exposure …. Just a thought and by the way I’m not young.. Keep on the good work…

I miss your gallery, Barrie 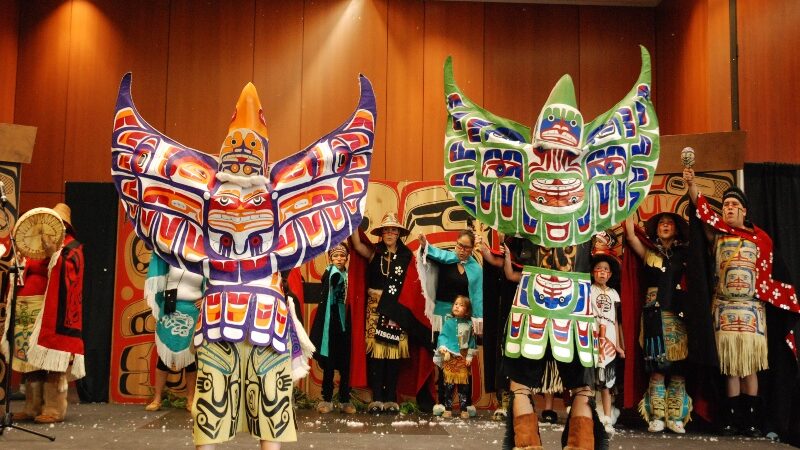 The Dancers of Damelahamid is proud to present the 13th annual Coastal Dance Festival, February 25–March 1, 2020, at both the state-of-the-art Anvil Centre in New Westminster and at the

The Dancers of Damelahamid is proud to present the 13th annual Coastal Dance Festival, February 25–March 1, 2020, at both the state-of-the-art Anvil Centre in New Westminster and at the iconic Museum of Anthropology at UBC (MOA). The 2020 edition of the festival celebrates the future of Indigenous culture and emergence of intergenerational leadership. Highlights this year include New Zealand’s Tuakana and Teina Leadership Academy Group (TNT), a company of young artists aged 5 to 18 making their Vancouver debut, and the musician duo Tooma Laisa and Leanna Wilson, drum dancers and throat singers of traditional Inuit songs. The program also features the return of several festival favourites, including the Squamish-based dance company Spakwus Slolem and the Haida company Rainbow Creek Dancers, featuring renowned artists Robert Davidson and Terri-Lynn Williams-Davidson. 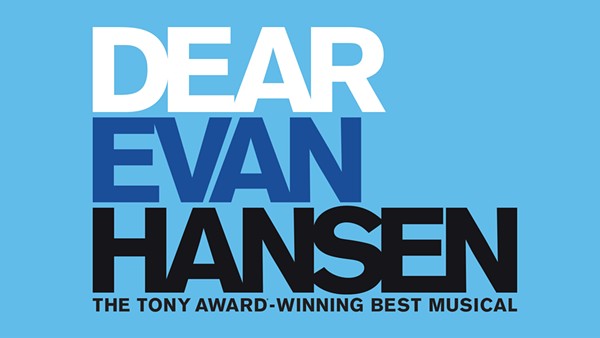 A letter that was never meant to be seen, a lie that was never meant to be told, a life he never dreamed he could have. Evan Hansen is about to get the one thing he’s always wanted: a chance to finally fit in. DEAR EVAN HANSEN is the deeply personal and profoundly contemporary musical about life and the way we live it. DEAR EVAN HANSEN has struck a remarkable chord with audiences and critics everywhere, including The Washington Post who says DEAR EVAN HANSEN is “one of the most remarkable shows in musical theatre history.” The New York Times calls it “a gut-punching, breathtaking knockout of a musical.” And NBC Nightly News declares the musical “an anthem resonating on Broadway and beyond.” DEAR EVAN HANSEN features a book by Tony Award winner Steven Levenson, a score by Grammy®, Tony® and Academy Award® winners Benj Pasek and Justin Paul (La La Land, The Greatest Showman), and direction by four-time Tony Award nominee Michael Greif (Rent, Next to Normal). 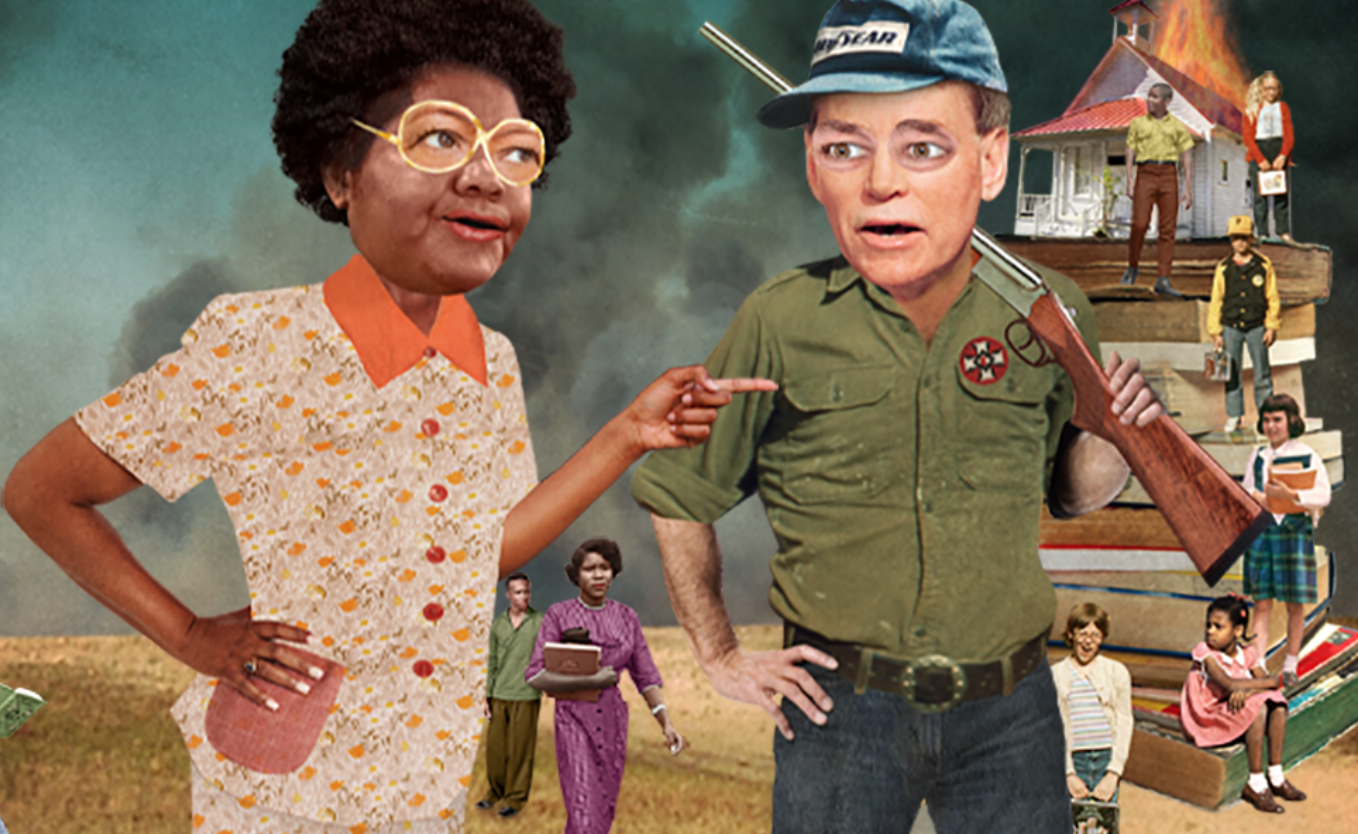 Civil rights activist Ann Atwater is fighting a pitched battle for her daughters’ education. C.P. Ellis is the Exalted Cyclops of the local KKK chapter. When a Washington mediator arrives

Civil rights activist Ann Atwater is fighting a pitched battle for her daughters’ education. C.P. Ellis is the Exalted Cyclops of the local KKK chapter. When a Washington mediator arrives in Durham to institute nationally-mandated desegregation Ann and C.P. are forced into an uneasy truce as they wrestle for control of the future.

How can we best build the future?

“Complex and richly layered. St. Germain knows how to get people talking to each other.” – The Orlando Sentinel

Come and experience a selection of Rich Budd’s favourite wines paired unconventionally with artworks from the Audain Art Museum. The evening includes three tasting pours with commentary by Rich Budd and the AAM’s Director & Chief Curator Dr. Curtis Collins. Guests will be invited to explore the Museum following the tasting experience.

Tickets: $10 AAM Members, $28 General Admission. Tickets available at audainartmuseum.com/perfectlypaired or at the door.

This event is part of the Museum’s after-hours series, a unique event lineup featuring monthly programming in partnership with some of BC’s finest organizations, artists, and more. Come and be inspired! 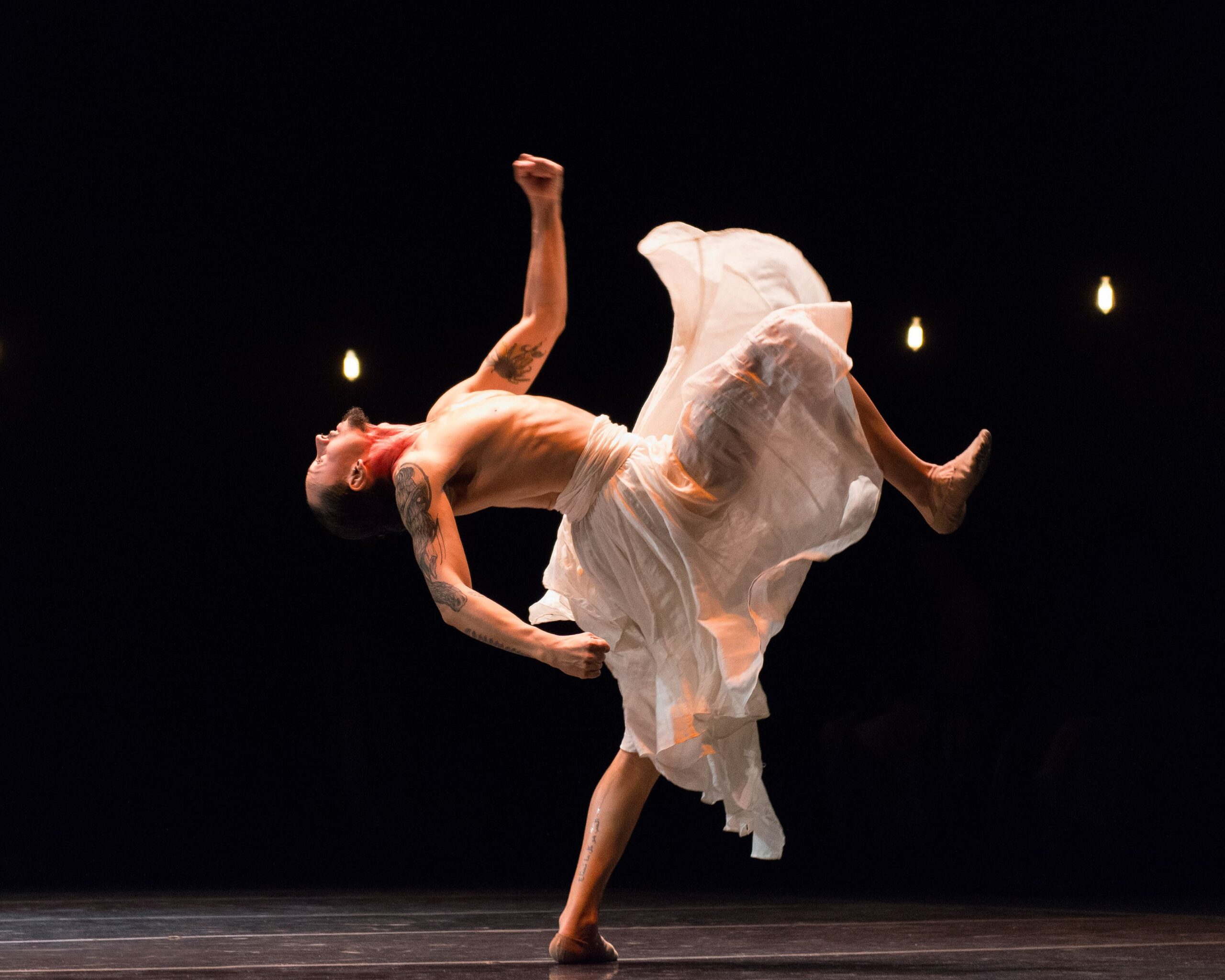 DanceHouse proudly presents an energizing, two-part program from Brazil’s iconic contemporary dance company Grupo Corpo with the Vancouver premiere of Dança Sinfônica and Gira, February 28 & 29, 2020 at 8pm at the Vancouver Playhouse. In the company’s third presentation with DanceHouse, Grupo Corpo’s visionary siblings — Artistic Director Paulo Pederneiras and Choreographer Rodrigo Pederneiras — open the evening with Dança Sinfônica, a reflection of its 40-year history. The electrifying work draws upon an eclectic fusion of ballet, samba, jazz, Afro-Brazilian rhythms and more, in a jubilant synthesis of the juggernaut’s signature vocabulary of movement. The second half of the program will showcase the brothers’ riveting work Gira, exploring the rituals of Umbanda — one of Brazil’s most widespread religions — in a carnal meditation on humanity’s pursuit for divine enlightenment.

DanceHouse proudly presents an energizing, two-part program from Brazil’s iconic contemporary dance company Grupo Corpo with the Vancouver premiere of Dança Sinfônica and Gira, February 28 & 29, 2020 at 8pm at the Vancouver Playhouse. In the company’s third presentation with DanceHouse, Grupo Corpo’s visionary siblings — Artistic Director Paulo Pederneiras and Choreographer Rodrigo Pederneiras — open the evening with Dança Sinfônica, a reflection of its 40-year history. The electrifying work draws upon an eclectic fusion of ballet, samba, jazz, Afro-Brazilian rhythms and more, in a jubilant synthesis of the juggernaut’s signature vocabulary of movement. The second half of the program will showcase the brothers’ riveting work Gira, exploring the rituals of Umbanda — one of Brazil’s most widespread religions — in a carnal meditation on humanity’s pursuit for divine enlightenment.